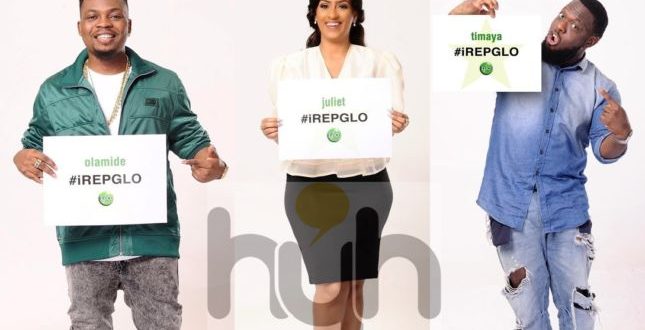 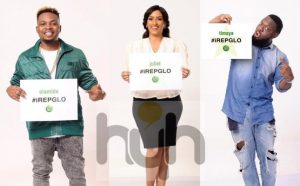 Nigeria’s most celebrated musicians, Olamide Adedeji a.k.a. Olamide Badoo; the Egberi Papa 1 of Bayelsa and philosophical Dance Hall artiste, Inetimi Alfred Odon popularly known as Timaya and  foremost Ghanaian actress Juliet Ibrahim, have all joined the prestigious group of brand ambassadors of telecommunications giant, Globacom. Olamide- Globacom disclosed in a press statement that Olamide was made a Glo ambassador because of his success in the music industry and for being an inspiration to millions of Nigerian youths, just like Timaya who is equally a model to youths, especially in the South-South part of Nigeria.

The three ambassadors have been inducted into the exclusive Hall of Fame for Globacom’s brand icons.

@CitizenOsun
Previous Most of the 116 Nigerians killed in South Africa in the last two years were killed by South African Police! -Honourable Abike Dabiri-Erewa
Next OSUN 2018: POLITICIANS FORM MEGA PARTY TO CHALLENGE AREGBESOLA