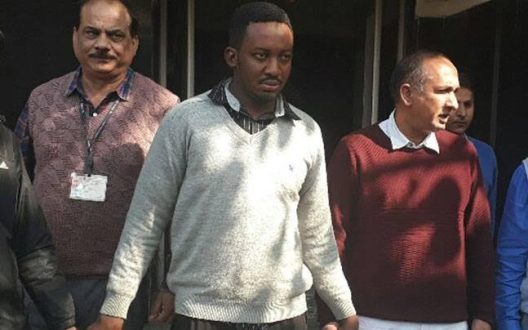 Nigerian man nabbed with 90 capsules of cocaine in India airport

Nigerian man nabbed with 90 capsules of cocaine in India airport Tony, upon his arrest by Narcotics Control Bureau sleuths had swallowed 90 capsules of cocaine.

The drugs were found in his stomach during a routine search.

Tony was apprehended after he landed at the airport from Ethiopia’s capital Addis Ababa and had been admitted to a hospital by the sleuths of the Delhi Zonal unit of the Narcotics Control Bureau.

According to him, Tony had initially misled the sleuths saying he had come to India for business purpose while carrying a tourist visa.

“He was admitted to a hospital and after medical intervention he ejected the drug-filled capsules.

“He told investigators that he had swallowed these at a guest house in Lagos and then reached Addis Ababa via Lome (Togo).

“He was apprehended as soon as he landed here from the Ethiopian capital.

“Tony was supposed to hand over the drug capsules to another Nigerian national here, whom the agency has been trailing.

“Tony has been arrested under provisions of the Narcotic Drugs and Psychotropic Substances (NDPS) Act.

“This is the fourth case of seizure of cocaine by the NCB in Delhi in the last one month.

“The method of smuggling after swallowing the drug is not easy to detect as it is hard to identify any concealment inside the body,” Yadav said.
Drug trafficking 2017-02-12
Dotun Olanibi
Share