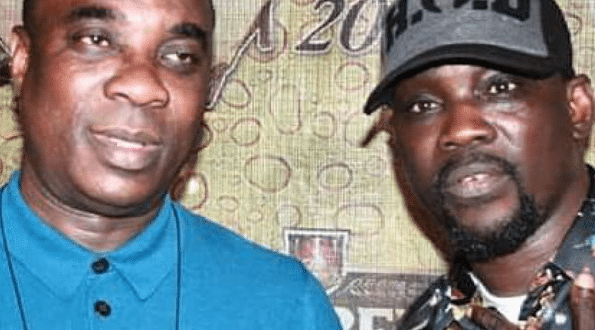 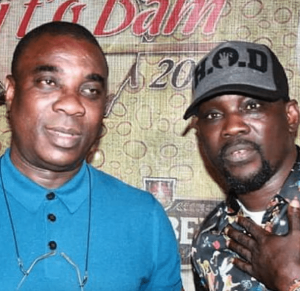 Pasuma Ends Feud With K1
…Says “K1 Will Perform At My 50th Birthday Party”
It is no longer news that the once upon a time rosy relationship between two top fuji artistes, Alhaji Wasiu Alabi Odetola aka Pasuma Wonder  and Alhaji Wasiu Ayinde ‎Omogbolahan aka K1 De Ultimate has gone sour over the years.
The crises took another dimension when Pasuma who is known to be a staunch disciple of K1 and belongs to K1’s fuji clique known as ARABAMBI backed out and came up with his own clique known as OGANLA.
While some fuji artistes who are close to the duo decided to stay put in the ARABAMBI family, others left with Pasuma to form the Oganla clique.
Since then, things have completely fallen apart and the centre ‎can no longer hold between these two fine musicians who are believed to be the closest in the fuji music industry until their relationship went sour.
In a move ‎that can be likened to reconciliation however, Pasuma has gone to town with the story that K1 will be the main artiste that will perform at his 50th birthday celebration coming up at the end of this year.
You will recall that Chief Adewale Ayuba, an equally popular fuji artiste took the stage to perform a‎t Pasuma’s 40th birthday in 2007 which had in attendance K1 as one of the fathers of the day.
According to Pasuma, it’s K1’s turn this year to celebrate him as he has always and will still remain loyal to him, a move observers say has brought an end to any friction existing between them.
Pasuma ends feud with k1 2017-01-20
Dotun Olanibi
Share