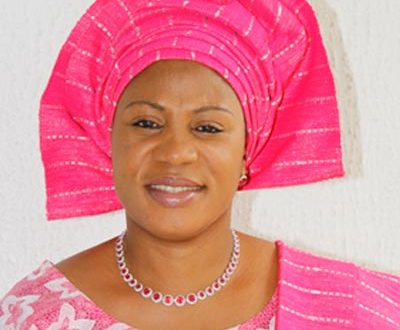 SHERIFAT AREGBESOLA’S SECRET PAINS …Says “I am an executive prisoner” 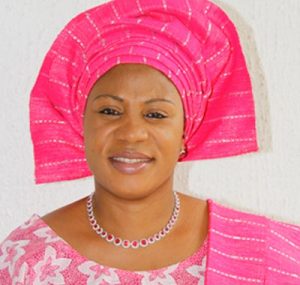 …Says “I am an executive prisoner”

Wife of Governor Rauf Aregbesola of Osun state, Alhaja Sherifat Abidemi Aregbesola, is one of the wives of governors across Nigeria which many people describe as a pleasant woman who always wears a beautiful face laced with smiles.

Unknown to many people however, this beautiful woman has been nursing a particular kind of pain since her husband became the governor six years ago and the pain still lingers according to information at our disposal.

The pain is that, she has not only lost her privacy personally, she has been battling with lack of access to her loving husband who always dot on her.

She believes she shares same opinion with other wives of governors across the country, which made her to once describe all first ladies in Nigeria as ‘executive prisoners’ because they are forced to live a life imposed on them by virtue of their office.

Although the Nigerian constitution does not recognize the title of first lady, reserved for spouses of state governors and the president, it has continued to thrive and most times the office receives government funding for its day-to-day activities.

Sherifat was quoted to have once said in an interview with newsmen in Osogbo, the state capital, that contrary to the belief that first ladies were enjoying, they had no freedom to live the way they like.

Sherifat noted that she, like her counterparts in other states across the federation, they embark on some pet projects in order not to be idle throughout their stay at the various Government Houses.

She said, “All first ladies are executive prisoners. They are all here now (referring to security aides) and I can’t go to anywhere without them following me.

Talking passionately about her husband Aregbesola, the Osun State first lady stated that he is a very simple and caring man whom she would not hesitate to marry again. She also debunked the popular belief in some quarters that her husband is a religious fanatic.

She said, “My husband is a very simple man. He is a very nice man and I wonder where those behind the rumour get their information from. I have lived with him for more than 30 years. I know him very well. He is very simple and kind.

My husband allows everybody to practise their religions. His immediate younger sister is a Christian. Two of her children are living with us now and they go to church. I encourage them to go to church on Sundays.

His younger brother, Rafiu, is a Christian; I mean he is a deacon. There are Ladi and Sikira who are Christians. The rumour about him being a fanatic is all about politics”.
However, she has continually confided in people close to her that she misses her husband so much. It becomes difficult since the last six years to even sit down with her husband to chat and have some privacy like they used to do.
Even if they are on holiday and they travel abroad together, the case is not different as the number one OSUN CITIZEN is either receiving guests or receiving phone calls all through their stay.
Sherifat Aregbesola 2017-01-17
Dotun Olanibi
Share

@CitizenOsun
Previous HOW QUARRY OPERATORS ARE THREATENING THE LIVES AND PROPERTIES OF IFE RESIDENTS
Next OSOGBO NOTORIOUS CULTIST, BADOO IN POLICE NET