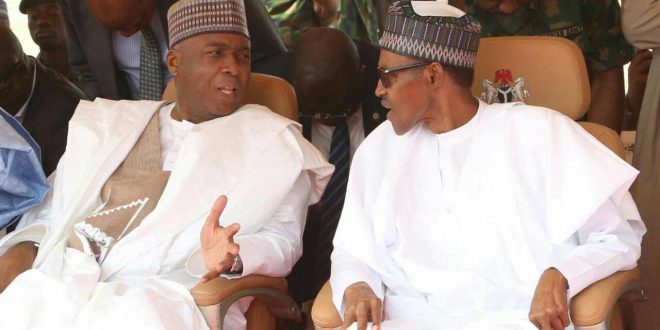 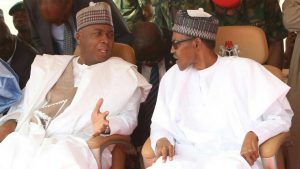 This analysis shall span different sectors such as the economy, politics, education, security, and sports.

In 2016, the biggest news about the economy was the official announcement that the country had slipped into recession. The budget for the year was passed late having been embroiled in controversies over “padding” by both the executive and legislative arms. By the time the appropriation bill was signed into law in May, the economy was already in comatose with no capital release to the Ministries, Departments and Agencies. Even the huge debt owed the private sector particularly government contractors,  put at about N2tn, led to the sacking of many workers and shutting down of many businesses. The implementation of the budget has been hampered by shortfalls in the projected revenue both in the oil and non-oil sectors. The 2.2m bpd oil production projection in 2016 could not be met due to increased cases of oil and gas pipeline vandalism by Niger Delta militants.

One of the political events that stood out in the year was the 2016 Budget padding scandal in which both the executive and the legislative appeared to have had their hands soiled.

The 2016 budget proposal was sent to the National Assembly in December 2015 but it was not until May 2016 that President Muhammadu Buhari signed the budget into law.

Although it was termed “the Budget of Change” it ended up to be known as the Budget of Discrepancies and Confusion as it was more associated with accusations and counter-accusations by members of the executive and the legislature.

There were allegations of padding and introduction of strange figures into the budget which led to a delay in its passage.

For instance, the Senate Committee on Education discovered that the sum of N10bn was tucked into the Education budget, among other discrepancies.

The Minister of Health, Prof. Isaac Adewole, also told lawmakers that the original budget of his ministry was distorted with the introduction of figures that he was not aware of and that some spurious allocations were made in the budget without the ministry’s approval.

Then later, the Senate declared that the hard copy of the budget presented to it by the executive was missing.

Following the controversies, President Buhari sacked the Director-General of Budget, Mr. Yahaya Gusau, and redeployed some senior officials from the office.

But that did not put the controversies over budget padding to rest; in fact, it was the begining.

Before his suspension by the House of Representatives, Mr. Abdulmumin Jibrin, had called for the arrest and prosecution of four principal officers of the House, accusing them of corruption and padding the budget.

The lawmaker from Kano had also accused members of the House of paying themselves up to N20m each monthly, an amount that was way beyond their official N1m salary.

The scandal dragged on and was a regular feature on the pages of newspapers until Jibrin was suspended by the House for “bringing the image of the House to disrepute and public ridicule.”

Other problems that faced Nigeria’s economy in the 2016 are high inflation which is over 18 per cent, weak naira against other international currencies like the dollar, pound sterling and Euro; inability to significantly improve electricity supply for both industrial and residential consumption as well as low oil price in international market.
Truth be told, it wasn’t all negatives for the economy in 2016. Some of the high points for the sector were government’s ability to resolve the lingering fuel scarcity plaguing the country. This came at a high cost to the consumers as the price of Premium Motor Spirit was increased from N87 per litre to maximum of N145 per litre. Even though this has orchestrated high cost of living, more so as many state governments are owing workers’ salaries while the workers’ union is now demanding N56,000 minimum wage, on the positive side, there is now price stability as against when the price was officially N87 but was selling at over N200 per litre at many retail outlets. Despite the lingering challenge of electricity supply, there is a modest improvement with many consumers testifying that they now have more supply than in previous years. However, huge customer debt, liquidity problem, vandalism of gas pipelines and metering of customers remain daunting challenges.

In 2016, government has taken seriously the issue of diversification of the economy. Government is walking the talk on diversification into agriculture.  On July 20, 2016, the Federal Executive Council met and approved the Agriculture Promotion Policy (2016-2019). According to the Minister of Agriculture, Chief Audu Ogbeh, the policy outlined all that needed to be done to achieve self-sufficiency in agriculture.  He said: “The document is entitled, ‘The Green Alternative’ and it outlines virtually everything we need to do, every policy we need to undertake to achieve self-sufficiency in agriculture and also to become major exporter of agricultural products.”

One of the low hanging fruits that have been plucked is the joint venture on rice production between Lagos and Kebbi states which has led to the production of LAKE Rice which is now on sale in Lagos State. Still on the economy, serious commitment to “Buy Made in Nigeria” as part of the wider “Change Begins With Me” national campaign launched on September 8 is commendable. Also, the commencement of the cleanup of Ogoniland by President Muhammadu Buhari this year will create jobs, help restore the environment and ultimately make agriculture practice possible again. It will also help tame militancy and youth restiveness in the Niger Delta in the long run.

The enforcement of the collection of N50 stamp duty on every bank transaction, bringing of more people and companies into tax net, weeding out of ‘ghost’ workers, plugging of some of the loopholes of revenue leakages and reduction in cost of governance are also noteworthy.

Politics in 2016 has been a mixed grill. Unlike in 2015 when there was a general election, in this year, only two off-cycle governorship elections, bye elections and court ordered re-run elections were held by the Independent National Electoral Commission. Though the two governorship elections in Edo and Ondo states were concluded on the first ballot unlike in 2015 when Kogi and Bayelsa governorship elections were inconclusive, vote buying and electoral violence, unfortunately, continue to mar our electoral process. One of the lowest points in our democratic consolidation enterprise was the bloodletting that took place in Rivers State both on March 19 and December 10 during the legislative re-runs. This happened in spite of huge security deployments. Despite two re-runs, elections could still not be held in two state constituencies in Etche Local Government Area.

Some states also held chairmanship and councillorship elections into their Local Government Areas. Abia State just held its own on December 21.

In spite of some states’ inability to fund the conduct of elections into their local governments, they are creating Local Council Development Areas. Two of such states that did this year were Osun and Ogun. 2016 had also witnessed more defections from the erstwhile ruling People’s Democratic Party to the All Progressives Congress. Many chieftains of the PDP are answering corruption charges in courts while a lot of intrigues, bickering and legal tussles plagued the PDP which now has two factional leaders. The Ali Modu Sheriff and Ahmed Makarfi led-camps have been embroiled in a messy face-off which had prevented the party from conducting a successful party convention. Even the party congresses held in the year were mostly controversial.

The others were the former Clerk of the National Assembly, Alhaji Salisu Maikasuwa and his deputy, Mr. Benedict Efeturi.

However, the accused persons pleaded not guilty to the two counts of criminal conspiracy and forgery when the charges were read to them before Justice Yusuf Haliru.

Haliru had ruled that the defendants should be remanded in Kuje Prison, Abuja should they fail to meet their bail conditions before the close of work on that day but they all did not too long after the judge delivered his ruling.

But barely months later, in a twist of events, the Federal Government withdrew the forgery charges it had instituted against Saraki and the others, attributing the withdrawal to a pending case related to the charges before the Federal High Court in Abuja.

The educational sector is still crisis-ridden. The Academic Staff Union of Universities embarked on a warning strike to press home the implementation and review of the signed 2009 agreement with the Federal Government.  The government through the Joint Admissions and Matriculation Board in 2016 scrapped the Post-Unified Matriculation Tertiary Examination conducted by universities. Eight new private universities were given provisional licences in November. However, access to tertiary education remains a knotty issue. While there are spaces for admission at many of the private universities, the high tuitions demanded by them make them unattractive to indigent students. Ironically, only about 10 per cent of those who apply to public owned universities gain admission.

In 2016, many parents who could not source foreign exchange to maintain their children in academic institutions abroad have been forced to withdraw them and bring them back home for continuation of their education.

On job creation, the recent employment of 200,000 graduates under the government N-Power scheme will help address the issue of shortage of manpower in public schools as some of the new employees will be deployed to schools to teach.

The high points in Nigerian sports were the sterling performance of the Super Falcons who won the African Women Cup of Nations for a record eight out of 10 times as well as the commendable feat of the Nigerian paralympians to Rio 2016 Olympics in Brazil. Twenty three paralympians participated in three events – para-athletics, powerlifting and para-table tennis – to cart away 12 medals (eight gold, two silver and two bronze) which placed them 14th position on the final medals’ table and number one in Africa.

Security wise, while a majority of Nigerians agree with the government that Boko Haram might have been decimated, there is however an increase in the cases of crime and criminality such as kidnapping, armed robbery and rape.

In 2016, there are heightened cases of unemployment and poverty even as government’s anti-corruption crusade has spread to the judiciary where seven justices and some senior lawyers have been arrested and arraigned for corrupt practices.

Perhaps, there was no political incident in 2016 that shocked the public as much as the statement made by the Wife of the President, Aisha Buhari, in an interview she granted to the Hausa Service of the BBC in October.

In the interview, Aisha alleged that some few persons had hijacked her husband’s government and preventing him from keeping the promises he and the APC had made to the people.

She vowed not to join her husband for campaign in 2019 if the situation did not change.

But President Buhari, who was in Germany at the time the interview was aired, dismissed his wife’s claim that his government had been hijacked by a cabal. “I don’t know which party my wife belongs to, but she belongs to my kitchen and my living room and the other room,” he had said.

The year witnessed the death of some prominent politicians including the Minister of State for Labour and Productivity, Mr. James Ocholi; a former Minister of Foreign Affairs, Ojo Maduekwe; and the founder of the Nigerian Advance Party, Tunji Braithwaite.

Ocholi, his wife, Blessing, and son, Joshua, died in an auto accident on Sunday, March 6 along the Kaduna-Abuja Road, a tragic incident that shook the country.

The minister’s death was said to have also pained the President as he was a founding member of the defunct Congress for Progressive Change and APC.

Will Nigerians experience higher standard of living or higher cost of living in 2017? It’s a matter of time!