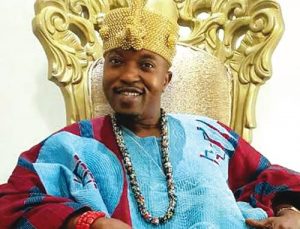 Obasanjo, Aregbesola, others begged me to withdraw case against Oluwo

The Oluwo Oke of Iwo Oke, Oba Kadiri Adeoye, has said he decided to discontinue the case he filed against the Oluwo of Iwo, Oba Abdulrasheed Akanbi, due to the pressure from former President Olusegun Obasanjo, Governor Rauf Aregbesola and other eminent personalities.

The monarch said this on Friday while speaking with journalists on the court premises after the presiding magistrate, Mr. Olusola Aluko, transferred the case for reassignment.

Oluwo Oke said, “I had to withdraw the case because of people like Baba Olusegun Obasanjo, the governor (Aregbesola) and other eminent personalities who begged me to withdraw it.

“I did so in the interest of peace in the state. Although I am an Oba, there are people, who one should also respect.”

Oba Adeoye’s counsel, Mr. Soji Oyetayo, had told the court that his client had filed a notice of withdrawal due to pleas from prominent personalities.

But the magistrate said although he had seen the letter of withdrawal, he would not entertain it because he had already stepped down the case on December 30, 2016.

The Oluwo was not present in court, but he was represented by eight traditional rulers in his domain.

The Olowu of Kuta, Oba Adekunle Ahmed, who is the chairman of Iwo Traditional Council, pleaded with the court to temper justice with mercy regarding the bench warrant of arrest issued against Oluwo.

He said Oba Akanbi would never disrespect the judiciary, informing the court that the media misquoted Oluwo.