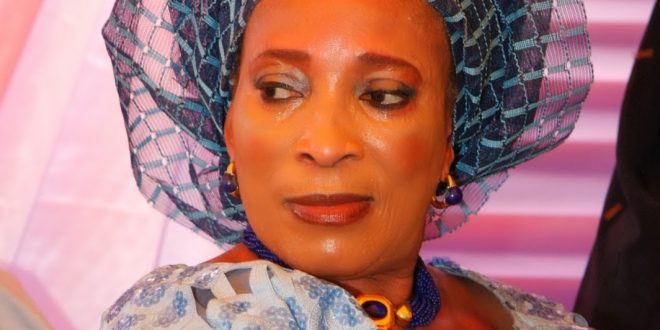 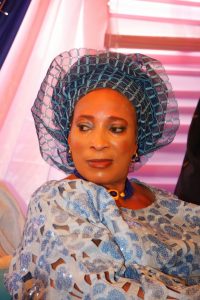 A lot of people have been wondering about what has been happening to Hajia Amina Titilayo Atiku as not much has been heard from her in recent time.
Titi Atiku’s husband, Alhaji Abubakar Atiku, a retired custom officer, businessman and politician, you will recall was the Vice president of Nigeria between 1999 and 2007. Although he has made several attempts at coming ‎back to the presidential villa known as Aso Rock which he occupied for eight years alongside chief Olusegun Obasanjo who was the president at that time but all his attempts proved abortive.
Unlike her husband however, 66 years old‎ Titi, a graduate of Hotel and catering management from the prestigious Kaduna Polytechnic has decided not to be too seen in public since her husband left office but decided to pursue her project which she established while her husband heldsway as the Vice President, known as Women Trafficking And Child Labour Eradication Foundation {WOTCLEF}, do her business quietly and live her life privately.
Until recently that she dragged a pastor who duped her of almost 1 billion naira to court, many people have continued to wonder what has been happening to this easy going woman of substance called Titi.
Some of the reasons for this her new lease of life OSUN CITIZEN gathered are not unconnected with the fact that her husband in recent years have decided to be closer to his United States Of America based younger wife Jennifer Douglas popularly known ‎Jemila Atiku. Atiku who is said to have “legally” married four wives has Jemila as his favourite thereby giving rise to jelousy among the other women.
This act of Atiku, is said to have caused serious friction between him and Titi whom is believed to have suffered with him and started together with him from the very scratch but the issue was resolved amicably.
Another reason for the recent private lifestyle of Titi is health based. A source told Osun Citizen that the wealthy woman has been spending a lot of money on her health since the last ten years with little improvement.
The source continued that there are instances when she had to be supported while she walks because of her health issues. So she had to reduce the frequency of her public engagements to avoid unpleasant remarks from members of the public.
And then one more factor‎ is age. While her husband is 70 years old already, Titi, Born on 6th June, 1960, and already a grandmother, would be 70 years old in less than four years. This has naturally slowed down her activities as there is limitation to the things she can do.
Titi Atiku Abubakar 2016-12-30
Dotun Olanibi
Share

@CitizenOsun
Previous CORPSE OF MISSING UNIOSUN STUDENT FOUND IN IRAGBIJI!
Next 72-Year-Old Man Caught With Human Skull In Iwo …says It Was A Mistake