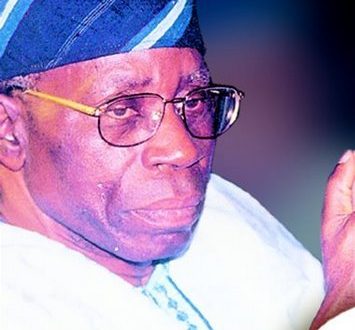 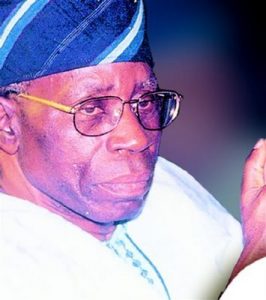 Omisore Was Not Involved In His Killing

An ex-lawmaker Mr Lekan Oyediran, who was one of the 25 suspects arrested and tried in connection with the murder of Chief Bola Ige, but was later released, said on Tuesday that they were innocent of the accusation. Oyediran, who spoke at the 15th-year remembrance and memorial lecture of Odunayo Olagbaju, was a lawmaker on the ticket of Alliance for Democracy (AD) in Osun between 1999 and 2001. Olagbaju was a member of the Osun State House of Assembly representing Odo-Otin Constituency on the ticket of the defunct Alliance for Democracy (AD), He was killed few metres away from his Ile-Ife residence, in 2001, in the wake of the political crisis that rocked Osun. Oyediran, who claimed he lost his investment in a pharmaceutical store and his wife before regaining his freedom, said that those accusing them needed to be probed for Bola Ige’s death. According to him, I have no regrets. The only regret I have is that the people we fought for did not deserve it. “That struggle also had a little of youthful exuberance. We didn’t fight that struggle with enough maturity that time. “We fought a good fight; we identified with the right people, but we could have also done it in a different way or with a different approach. “All the 25 of us that were arrested in relation to the death of Bola Ige are innocent. “We didn’t know anything about it. I spent almost two years in prison custody. I lost everything; I am a pharmacist; I lost my chemist and even my wife before I came back. “So, it is a kind of thing that makes me sad a lot. Iyiola Omisore is very innocent of the killing,’’ he said. Oyediran said, “The investigation carried out by the Nigerian Police and all other security agencies exonerated Omisore and all others arrested along with him. “He was taken to court and was discharged and acquitted, and cannot be re-arrested unless there is a new clue.” However, Prof. Fatai Olasupo, in a keynote address, urged opposition in the legislative arm to be more active. “They must be active and ensure that there is transparency in governance. With what we have witnessed, governance at the state level needs to be upgraded,” he said. NAN reports that Ige, the then Attorney-General of the Federation and Minister of Justice, was murdered in his Bodija, Ibadan home at about 9.00 p.m. on Dec. 23, 2001. Chief Bola Ige also a national leader of the AD  was  serving as a minister under the Peoples Democratic Party (PDP) -controlled Federal Government. The incident happened shortly after Ige arrived Ibadan from Lagos at about 8.30 p.m.‎ In July, President Muhammad Buhari directed the Acting Inspector-General of Police, Ibrahim Idris, to reopen investigation into the unresolved murder of the former Minister. At the event, the political associates, friends and families of Olagbaju eulogised him for “fighting for the oppressed”.