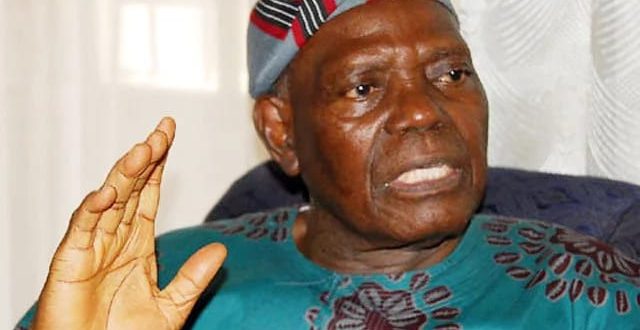 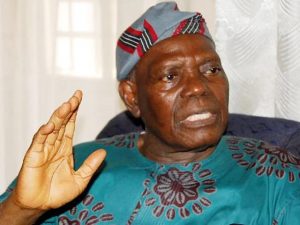 The no nonsense president of Nigeria, Muhammadu Buhari is someone who is being regarded as a man of high moral standard which can also be referred to as integrity. Needless to say this attribute of his, contributed in no small means to his victory in the 2015 presidential election where he defeated the sitting president, Dr Goodluck Ebele Jonathan.
Because of this, Buhari is someone that is very careful when choosing people he wants to have close relationship with, an act which came to play when he wanted to appoint his ministers.
Few “privileged” people are said to have their names in the good books of 73 years old Buhari.
Generally, it is believed that out of these few are “the three musketeers” who work with him in the presidency. These three people are part of his kitchen cabinet. They hail from the same region where he hails from. Anything they want, they get from him.
However, unknown to alot of people, there is a man who Buhari respects alot and he has continually shown the respect he has for this man privately and publicly.
His name is Bisi Akande. He was the interim national chairman of All Progressives Congress (APC), the party which gave Buhari the presidential ticket, winning the election after he has failed consecutively in his three previous attempts.
The reason for this hand of fellowship Buhari extends to Akande despite the fact that Akande has suffered from military brutality in the 80s in the hands of Buhari when he was still the head of state is not far fetched.
OSUN CITIZEN has it on good record that it was Akande in the company of Senator Bola Ahmed Tinubu that prevailed on Buhari to run for the presidency the 4th time. Before then, shedding tears, frustrated Buhari has given up on his ambition and even vowed not to contest again in his lifetime. 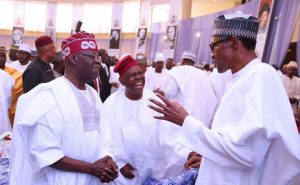 It took the comforting and reassuring words of “Baba Akande” for him to give his dream of ruling the country a shot for the fourth time and Akande, being the interim national chairman, ensured he won the party primaries beating grounded politicians and money bags like Alhaji Atiku Abubakar to their game. As fate will have it, he won the election.
Since then, we were told that Akande who was offered a ministerial appointment but declined due to his old age and failing health has become the president’s beautiful bride.
In a way of showing appreciation, Buhari is said to always give a listening ear to whatever Baba Akande tables before him and he will actualize his request to the letter.
Akande, apart from other APC internal problems he has helped solved as a party chieftain and elder statesman, has also been a mediator for other crises involving Buhari and other people especially members of APC, with the latest being the role he played in resolving the issue between Buhari and Tinubu.

Chief Adebisi Akande was born in Ila Orangun on 16th January 1939 in what is now the Osun Central Senatorial district. Akande was deputy governor of Oyo State between 1979 and 1983 when Bola Ige was governor (Osun State was formerly part of Oyo). He was elected on the UPN platform. Because of their closeness, Akande was always described as the nephew of Chief Bola Ige. He later became Osun state governor from 1999 till 2003 when Prince Olagunsoye Oyinlola took over from him.

@CitizenOsun
Previous THE AMAZON CALLED TITI LAOYE-TOMORI …Warms Up For Osun Central Senatorial District In 2019
Next THE SENATE DID NOT REJECT MAGU AS EFCC CHAIRMAN! Senate Leader, Mohammed Ndume