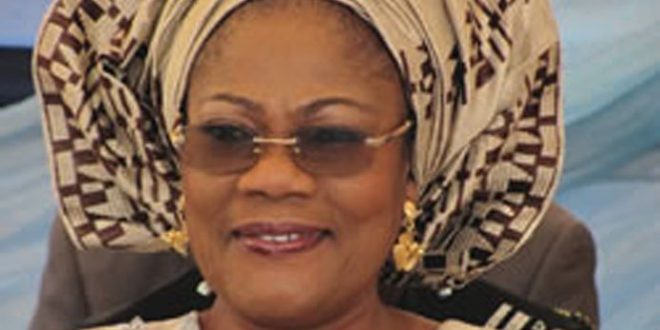 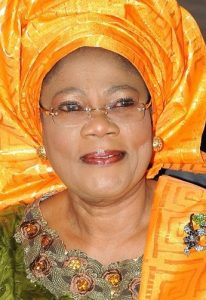 …Warms Up For Osun Central Senatorial District In 2019

As the tenure of office of the Rauf Aregbesola led leadership of Osun state is gradually coming to an end, expectedly, different activities have been going on among politicians in the state. While some are getting ready to contest for the number one seat in 2018, some are eyeing the general election coming up in 2019.

One of such people is the deputy governor of the state, Her Excellency, Otunba Titi Laoye-Tomori. Reliable information at the disposal of OSUN CITIZEN has it that the depuy governor is right about now warming up to further her political career the moment she and her principal hand over power in 2018.

Tomori, a native of Osogbo is said to be eyeing the seat of the senator representing Osun Central senatorial district. This particular seat is presently occupied by a principal officer of the senate and one of the closest pals of Tomori’s boss, Aregbesola and the leader of the All Progressive Congress (APC), Senator Bola Tinubu, who goes by the name Professor Olusola Adeyeye.

Adeyeye, the Biologist turned politician, a two-term senator, a native of Ila-Orangun, who is the present senate Chief Whip, we heard, if everything works according to plans by the Tomori camp, will vacate the seat for Tomori.

This is coming at a time when people of Osogbo are clamouring for one of them to be given the opportunity to represent the Osun Central senatorial district.

You will recall that Adeyeye from the Boluwaduro/Ifedayo/Ila constituency of the Central Senatorial distric was preceded by Simeon Oduoye, a police officer and former administrator of Niger and Ebonyi states. Oduoye hails from Ikirun.

We gathered that if things work according to plans for Tomori, Adeyeye who is said to be using the connection of his kinsman and former party chairman, Chief Bisi Akande to get anything he wants from President Muhammadu Buhari is sure to land himself a good job in the presidency.

At the moment, Tomori is leaving no stone unturned in finishing her current job well and moving on to the next level.

THE AMAZON, Chief Mrs Grace Titilayo Laoye-Tomori, apart from being the Deputy Governor of Osun state, is the Honourable Commissioner for Education in the state.

Upon completion of her secondary education, she attended University of Lagos and obtained a Bachelor of Arts Hons in History in 1973. As an avid learner, she acquired two additional post-graduate degrees P.G.D.E. in 1978 and Masters in Public Administration in 1984.

On completion of the compulsory National Youth Service Scheme, the Federal Ministry of Education employed Otunba Titi Laoye Tomori as an Education Officer in 1974.

During the same period, she was also appointed to the Board of International Health Management Services Limited, a Health Maintenance Organization (HMO) as an Executive Director, Finance and Administration.

In recognition of her wealth of experience at the public and private sectors, she was unanimously considered as the Deputy Governorship candidate to Ogbeni Rauf Adesoji Aregbesola in 2007.  The mandate freely given by the good people of Osun state in April 2007 was validated through a Court of Appeal Judgment on Friday, November 26, 2010. Chief Laoye Tomori has positively impacted the State as the Deputy Governor and achieved great works as the commissioner for Education.

As a result, she has received accolades such as The Most Innovative Education Commissioner Award for the South West Zone organized by President’s School Debates Nigeria, an agency of the Federal Ministry of Education. She is also a recipient of the West African Gender Dialogue in Conjunction with West African Institute for Leadership and Governance, as well as Most Outstanding Female Deputy Governor of the Year 2012.