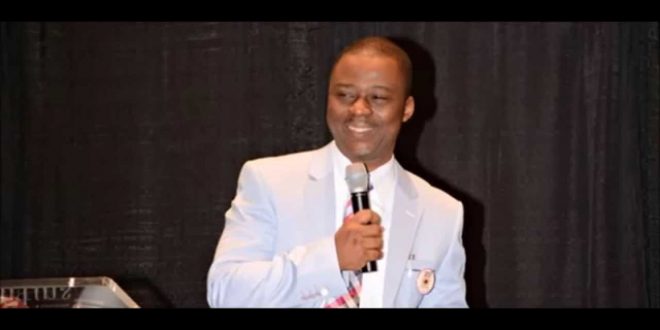 The General Overseer of the Mountain of Fire and Miracles Ministries (MFM), Daniel Olukoya, says the church is the legitimate owner of the land on which its headquarters is situated at Magboro, Ogun State.

According to online news medium Premium Times Olukoya made the declaration while speaking on Saturday during the December edition of the church’s monthly Power Must Change Hands programme.

Olukoya said the church had the relevant documents to back its claim.

“MFM is the rightful and legitimate owner of its prayer city located along the Lagos/Ibadan Expressway, Magboro, Ogun.

A High Court in Ogun had ruled that the land belonged to the Adejonlu family.

But Mr. Olukoya said MFM bought the land in question twice: first from the land owners and also from the Ogun State Property and Investment Company (OPIC).

“MFM has been using this land for the past 18 years and has obtained the Certificate of Occupancy (C of O) from the Ogun State Government,” he said.