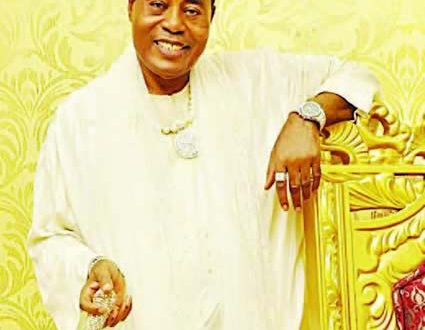 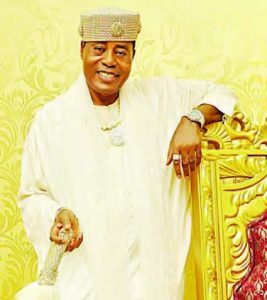 There is an ongoing battle of supremacy between the Ooni of Ife, Oba Adeyeye Ogunwusi, and Olugbo of Ugbo, Oba Obateru Akinruntan, over which throne is the monarchical seat of power in Yorubaland and the origin of Oduduwa, the so-called progenitor of Yoruba people.

Oba Akinruntan also attacked the Ooni of Ife for describing Moremi Ajasoro as a heroine.

The Ugbo monarch disagreed with the Ooni, who described Moremi as a goddess and recently built a 42-foot statue in her honour.
To the Ondo monarch, Moremi was a traitor who betrayed her husband, Osangangan Obamakin.

But in a swift reaction, the Ife monarch said Olugbo did not have deep knowledge of Yoruba history.

The Olugbo, in a statement issued by the Olugbo-in-Council, said, “We, the Olugbo–in–Council, found such (Ooni’s remarks about Moremi) unguarded statements and historical fallacy disturbing, particularly when such emanated from a monarch who is expected to be a custodian of history, customs and traditions of Yorubaland. We hereby state categorically that we are Ugbos, the aboriginal settlers and owners of Ile-Ife.

“Our forefathers descended from heaven, that is why we are called ‘Ugbo Atorunwo.’ We are not Ibos (Igbos), who are from the South-East, and who have their own clearly researched and defined ancestry. To set the record straight, Moremi remains a traitor. She was a slave captured by Ugbo warriors during one of their many raids on Ile-Ife. She later became the wife of Osangangan Obamakin, the son of Oranfe, of who was the paramount ruler of over 13 aboriginal communities of ancient Ugbomokun, which later came to be called Ile Ife.”

The statement said further, “Oduduwa came to Ugbomokun as a stranger and was welcomed in Ilero, the aboriginal palace of Osangangan Obamakin, which is still in existence in present-day Iremo, in Ile Ife. During the dynastic struggles, Osangangan Obamakin was directed by the oracles (Ifa and Osanyin) to leave Ile Ife. Moremi betrayed her husband’s trust when she exposed the secret of the Ugbo warriors’ gallantry.”

“Popular history states that Oduduwa, the progenitor of the Ooni, migrated from the East/Mecca. In another account by the Oba of Benin, recently, Oduduwa came from Benin. We ask that the Ooni should confirm his ancestral roots. It is also of importance to note that in the ancient custom of Yoruba, an incumbent king must have no living father. Also, no man from a female lineage of a ruling house is qualified to sit on the throne.”

But Oba Ogunwusi, who spoke through the Director of Public Affairs of the Ooni’s Palace, Moses Olafare, said the Ooni would not dignify the Olugbo with an answer because he was more focused on achieving unity among all Yoruba people and would not allow himself to be distracted.

The Ooni insisted that Moremi was a heroine, who deserved accolade because of the role she played in the liberation of Ife people from some “faceless terrorists.”

He said, “This outburst of Olugbo can only be viewed by well-meaning people as a pitiable act of absurdity that doesn’t deserve serious attention by serious people. How on earth could a Yoruba king refer to Moremi as a traitor because she used her power as a woman to liberate her people from incessant invasions by some faceless terrorists?

“Most paramount on the mind of His Imperial Majesty, Ooni Adeyeye Ogunwusi Ojaja II, with the unflinching support of the Alaafin, baba; the Awujale; the Alake; the Orangun; the Deji; the Ewi; the Osemawe; the Olubadan; the Oba of Lagos; and other relevant peace-loving monarchs in Yorubaland and in other parts of the country is and remains the much-needed progress of Yoruba nation which can only be achieved through peace and unity.

“It is a pity that at this time when everybody is tired of retrogressive royal discord, the Olugbo, who claims to be the Chairman of Yoruba Obas Committee on Peace and Reconciliation, has suddenly without a deep knowledge of Yoruba history, woken up to see royal controversy as the only tool for cheap publicity.”