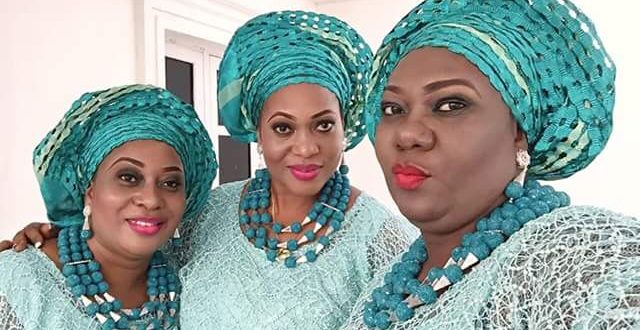 OONI OF IFE SISTERS TAKE OVER THE NIGERIA SOCIAL SCENE 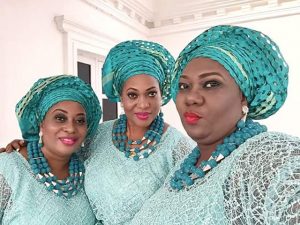 OONI OF IFE SISTERS TAKE OVER THE NIGERIA SOCIAL SCENE

Recently, the three beautiful sisters of the Ooni Of Ile-Ife, His Royal Majesty, Oba Adeyeye Enitan Ogunwusi have continued to attract a lot of attention from all and sundry. The status of these ladies who were not too familiar in the Nigerian social space automatically changed when their youthful brother ascended the throne of the Ooni.

Like a diamond fish, it has been nowhere to hide for them since then, as they equally attract the same kind of attention their brother attract whenever they step out. Many thanks to their uniformed way of doing things, the three “Yeye obas” meaning mothers of the king as they are fondly called have become the centre of attraction whenever they step out for events.

The first one is Mrs Folashade Ogunwusi Fadairo who is also known as Yeye oba 1. The second prefers to be referred to simply as Adesola Oluwatoyin Ogunwusi, she is also known as Yeye Oba 2, While the third is more like the most social out of the trio she goes by the name, Mrs Adebimpe Ajoke Ogunwusi Daodu. Unknown to a lot of people, these Princesses from the royal Giesi dynasty from Ile-Ife where the king hails from have always been rocking lots of parties in and outside the country, although quietly until recently that everything changed. 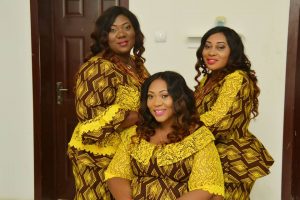 They always make sure they attend functions together putting on same attire and adorning same accessories from head gear through gold to shoes. Each time they storm a party, they are always noticed because of their unique sense of dressing.

According to reliable information at the disposal of Osun Citizen, Princess Adebimpe although not the oldest is the one that calls the shot. Adebimpe, also called Yeye Oba to jayeju or Yeye swagger determines what they should wear whenever they want to go for any outing and whatever she says stands. Apart from that, she’s said to be the most vocal and no-nonsense type among her sisters.

Osun Citizen also scooped that the Princesses, since the ascension of their brother to the Ooni throne have embarked on a foundation which is aimed at propagating culture and values of womanhood, Ile-Ife and Nigeria generally.