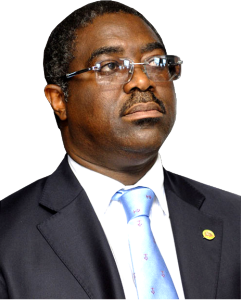 FIRS SPEEDS UP FEEDBACK: Tax e-certificate Will Now Be Ready In 7 Days -Fowler

He made the announcement at the Tax Breakfast Meeting organised by the KPMG in Lagos.

While addressing tax issues, the FIRS boss enjoined all taxpayers to take advantage of the special tax waiver window created by the agency.

According to him, the waiver relates only to accumulated penalty and interest, and not principal tax due.

He added that the agency would use all legal means at its disposal to recover outstanding taxes including criminal prosecution of the board and management of defaulting organisations.

He said, “Based on this waiver, part payment (or full payment as the case may be) of undisputed tax liabilities should be paid, while the balance can be paid in instalments. Meanwhile, a reasonable amount of not less than 25 per cent should be paid.”

And as part of measures to make filing of tax returns easier and more convenient for payers, Fowler explained that taxpayers would be required to apply in writing to the tax controller of their current tax office, indicating their tax office of choice and requesting the transfer of their file and Taxpayer Identification Number.

In his remarks, the Partner and Head, Tax Regulatory and People Services, KPMG, Mr. Wole Obayomi, called on the FIRS boss to ensure that right policies and framework were put in place to encourage compliance.

He said, “The FIRS should invest more efforts in the tracking of the informal sector as well. The sector can be as big as the formal sector when they are made to comply.”

He also called on the FIRS chairman to look into the issue of tax tribunal.