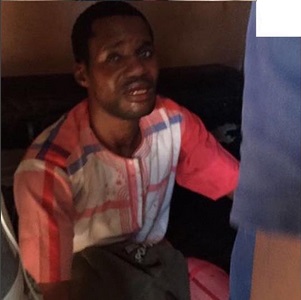 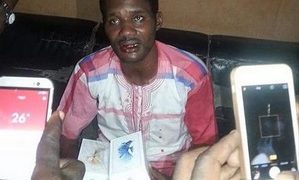 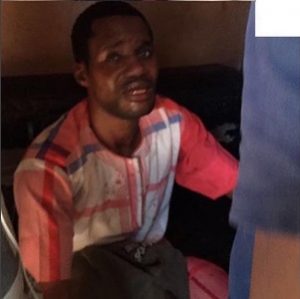 Egbegbe, a native of Ogun state was said to have walked into a phone store known as Kaalcech Innovations and Consultancy, at Number 9 Medical road in Computer Village, around 10:30AM this morning, under the guise of purchasing seven iPhone 6s and two iPhone 7 phones.

He was said to have absconded into his waiting jeep afterwards, causing the salesgirl who was attending to him to scream for help which led to bystanders going after him and catching up with him before he could drive off.

The angry mob proceeded to beat him thoroughly, before handing him over to the store owner identified as Mr Kolawole Aleshinloye, who invited the police.

He is said to be cooling his feet at Area F police station as you are reading this.