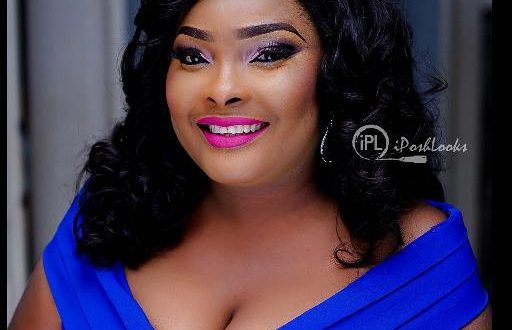 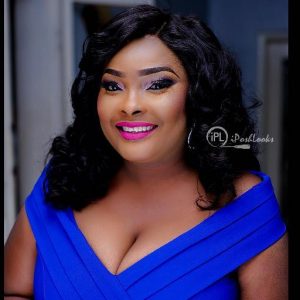 She also recalled how she was chased out of her father’s house for choosing acting as a career.

According to her, celebrity marriages don’t last because both parties are in the limelight.
“Life is full of challenges and I encountered so many obstacles when I started acting. Firstly, my father was not happy that I became an actress,” she told Punch.

“When he discovered, he was very angry because he thought I would get a proper job. Besides, nobody in my father’s family had ever become an actress.

“Most of them were doctors, lawyers, engineers, etc. My father and my stepmother did not support me and they tried to frustrate my ambition.

“At some point, he asked me to move out of his house if I was bent on becoming an actress. I went to live with my mum and even though she was not happy at what I had decided to do with my life, she did not fail to support me.

The actress also noted that her natural endowments at a point made her cry.

She added, “People say I have a provocative figure but I did not create myself. When I was younger, people used to taunt me and I would cry.

“Over time, I have come to love my body irrespective of whether I have unusually large breasts or buttocks.

“When I walk on the streets of Lagos, men look at me in a seductive manner but I don’t care as long as I am not indecently dressed.

“In fact, some people scream obscenities at me. Some call me Cowbell and I either laugh it off or just ignore them.

“You can’t tell if that man or woman loves you for who you are or because you are a celebrity. I will get married when God says it is my time.

“My time has yet to come and that is why I am still single. Anyone who rushes into marriage will definitely rush out, so I am taking my time. Unlike it was speculated sometime ago, I have never been married.

“Not all relationships lead to marriage and such was my relationship with Pasuma. Even though we are no longer dating, we are still good friends.

“The fact that we are both celebrities may have been responsible for our inability to get married. A lot of times, celebrity marriages don’t work out because both parties are in the limelight. This breeds a lot of distrust and problems in the marriage,” she noted.