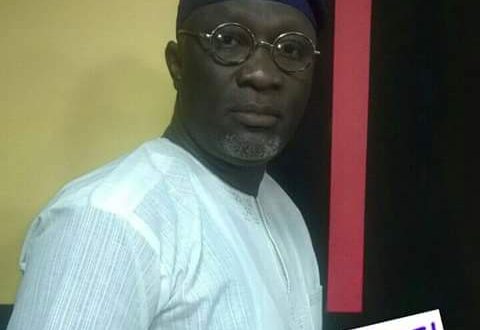 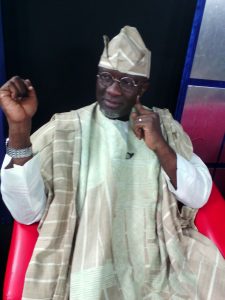 Sometimes in 1988, Jare Ayo-Martins walked into the compound of NTA channel 10 situated at Victoria Island, Lagos. It was there that his dream of becoming a broadcaster was achieved. 28 years down the line, Jare Ayo-Martins is still waxing stronger and stronger.

This down to earth OSUN CITIZEN, a native of Ile-Ife, who happens to be a one time head of Gold FM, Ilesa, in this encounter with OSUN CITIZEN, explains how his journey started as a broadcaster and actor, his challenges, fashion line, politics and many more.

The name Jare Ayo Martins is synonymous with broadcasting, can you tell us how your career in broadcasting started?

Broadcasting came like an accident.
After my stint in acting at the centre for cultural studies in University Of Lagos, now department of creative arts,
I needed to garner practical  experience in technical theater; light and sound at that time, the theatre was in a state of comatose so nowhere to  practice as an intern. I had no choice than to go to NTA at least I can learn more about light and sound though a bit different from that of the theater. The rest as they say is history.
You are also an actor, tell us about that too?
As an actor I cut my tooth in the then Anansa playhouse under the late Bassey Efiong. From there, I moved on to other groups like Gangan, Nitel  theatre summer festival etc. That was early/mid 80s.
I did a couple of drama on stage and television before proceeding to the centre for cultural studies in University Of Lagos where I worked under the likes of Tunji Sotimirin, Segun Ojewuyi, Late Professor Bode Osanyin, Golda john, Moji Bamitefa, Chris Onuora etc.
It wasn’t like this days when acting is profitable we were really suffering as actors.
You are Otunba, and now Aare, tell us about your chieftancy titles?
About the chieftaincy titles; in 2011, I got a letter from the onidimu of idimu offering me the title of Otunba Alawiye of Idimu while I got the title of Aare Mayegun of Ogere Remo in December 2013.
Who are your role models in the world of broadcasting?
I have different role models in various spheres of life and different aspects of broadcasting. My role models are too numerous to mention
You have put in decades into your profession even in the face of challenges, how have you been coping?
Challenges are meant to be faced. Your experience in life are made up of the good, the bad and the ugly sides.
In my chosen career, I’ve been mocked, misunderstood, abused, honoured and applauded; those are what we call experiences. The love for the business and determination have kept me going.
You inspire the youths a lot, how do you get inspired personally?
‎Inspiration comes naturally but what inspires me most is the atmosphere, if d atmosphere is right, ideas flow.
Your father, late Fani-Kayode and others were popular politicians in Ile Ife, any plan to go into politics?
Politics ?
Yes…
Well that’s not a game for blunt people like me but when the political situation becomes right I might consider politics.
Tell us one thing people don’t know about Jare Ayo Martins?
‎What people dont know about me is that I’m also into fashion business through ibile couture, we make and sell ibile caps for men made from our indigenous fabrics from south west Nigeria (aso Oke)
How do you see life?
‎I see life as a sole opportunity that can only be lived once so one should try to make good impact.
Describe who you are in a sentence?
Jare Ayo-Martins is a down to earth sincere, kind and blunt man. 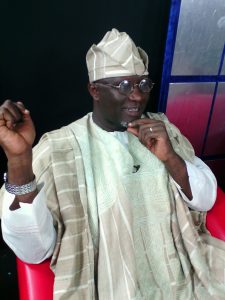