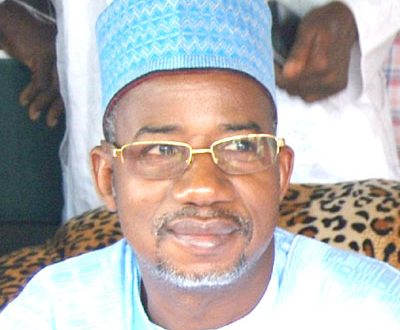 Former Federal Capital Territory Minister, Bala Mohammed, and the ex-Presidential Spokesman, Reuben Abati, have been united in the custody of the Economic and Financial Crimes Commission, EFCC, and are likely to spend more time there until further notice. This indication emerged last night when competent officials of the anti-graft agency snubbed suggestions for their immediate release, arguing that they were not yet through with investigation into their alleged criminal offences. The development came as EFCC served former Aviation Minister, Femi Fani-Kayode, with fresh charges over new evidence that he received the sum of N26 million from the embattled former   National Security Adviser, Col. Sambo Dasuki, for undisclosed reasons when he served as the Spokesman for the Goodluck Jonathan Presidential Campaign Organisation. A source in EFCC confirmed last night that Fani-Kayode is to be arraigned over the fresh fraud case on November 10, 2016. “It is true we served him with court processes today and we are expecting him to appear in court to answer to the new charges on November 10 this year,” the source said. The two men, who were very prominent figures in the last administration, were hauled into custody on Monday by operatives of the anti-graft agency, who claimed the politicians have serious cases to answer. While Abati is being questioned in relation to various sums of money he allegedly received from the ONSA, Mohammed is being quizzed over a dubious land swap deal he embarked, which made the FCT to lose about N1 trillion in the process. The anti-graft agency, acting on mounting petitions from aggrieved Nigerians, had earlier seized four houses worth N872 million from the embattled former Minister and his son, Shamsudeen. EFCC also obtained an interim forfeiture order to confiscate N650 million houses in Asokoro District of Abuja, said to belong to the former minister. The same forfeiture order was secured to seize the ex-minister’s son’s three duplexes worth N222 million in the Apo Area of Abuja. Mohammed is also being questioned over alleged fictitious contracts worth about N1billion, allocation of 12 choice plots worth billions of Naira and 37 other commercial plots of land worth about N8 billion to his suspected front named Tariq Hammoud. In the meantime, former Director of Abuja Geographical Information Service, AGIS, Ms Jamila Tangaza, has been placed on EFCC watch list over alleged link to controversial contracts awarded during the tenure of Bala Mohammed. She was among the top directors of the FCTA, who were detained by EFCC in July this year over questionable transactions. Tangaza, according to the agency, breached the terms of the administrative bail granted her by the agency by refusing to show ever since and was trying to escape from Nigeria through the land border when eagle-eyed Nigerian Immigrations Officers intercepted her. “But as we speak, we don’t know where she is and we may declare her wanted any moment from now, a source said last night. The detention of Abati, Mohammed along with Obanikoro, who reported to the EFCC since last week, re-unites the former powerful political figures in the Jonathan administration but in a place they would never have wished for themselves. It was not clear when they would be released as at the time of filing the report. Reacting to Fani-Kayode’s arrest yesterday, Peoples Democratic Party, PDP, alleged that his arrest and continued detention by the EFCC was to see to his death in detention. A statement issued by spokesman of the party, Prince Dayo Adeyeye, yesterday, said the re-arrest was the latest in a series of plans designed to further harass and intimidate members and supporters of the party, using security and intelligence apparatus of state. The party said:  “As at the time of writing this statement, officials of the  Economic and Financial Crimes Commission, EFCC, have continued to deny  Chief Fani-Kayode access to his medication.”

@CitizenOsun
Previous BISI IBIDAPO-OBE HONOURED IN CANADA
Next I Just Put My “Manhood” In My 12-Year-Old Student’s Mouth, I Didnt Rape Her -Teacher