Breaking News
Home / Entertainment / SEGUN NABI’S EXCLUSIVE: JUJU MUSIC CAN ONLY GROW IF THE ELDERS ALLOW THE YOUNG ONES TO OPERATE 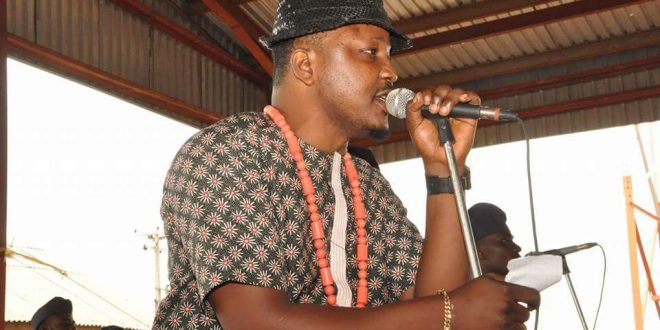 SEGUN NABI’S EXCLUSIVE: JUJU MUSIC CAN ONLY GROW IF THE ELDERS ALLOW THE YOUNG ONES TO OPERATE 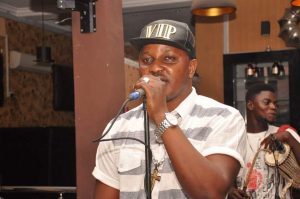 Ogun state born Ambassador Olusegun Akanbi Idowu popularly known as SEGUN NABI is no doubt a leader of the new generation juju artistes in Nigeria today by his own right.

What stands him out is that, unlike alot of other performing artistes, he is a juju artiste that is known not to copy other artistes or deviate to other genres of music while performing. This act has made him a force to reckon with, making alot of music lovers not only see him as original, they also see him as unique.

In this interview with OSUN CITIZEN, the Polytechnic, Ibadan, Oyo state product took us through how his career started, how he got his stage name; PAMELA and new title; MAYEGUN, he also, for the very first time, reveals the reason for his recent resignation as the chairman of Lagos state chapter of Association Of Juju Musicians Of Nigeria (AJUMN); a position he occupied after serving as the coordinator of the Oshodi zone of same association, his latest 3 in 1 album and many more.

I started my music career in the church; Celestial Church of Christ to be precise. And Ramsalam was actually my first promoter. I learnt more under Yinka Best during my time as one of his band boys.

Out of all the juju musicians, why did you choose Sir Shina Peter’s fast tempo juju music style known as Afro juju?
Because I personally like the style, the vocal dynamics and the instrumentation. All been played on fast tempo.

Who is your role model in the music industry?
I have Oliver De Coque. Bright Chimezie and of course, Sir Shina Peters.

Can you describe your style of juju music known as “PAMELA”?
My music is unique and people still dont get the destination. The vocal timing and movement, my chords and percussion applications, intro, Extro and lyrics are fantastic. As people will say. When you listen to it you sure know this is NABI’S MUSIC.

How did you come about the name PAMELA, obviously, it’s a female name?
It was when I travelled to south Africa in 2009.

A lady came to my show bearing that name PAMELA. But there is something I discovered. She was dacing to my music as if she was riding motorcycle which interests me so much.

So after the show we started talking about the lady and jokingly doing it the way she was dancing. And everybody around started calling me Mr Pamela from there, and the name stuck.

Let’s talk about AJUMN, a lot of your fans and followers were shocked when you resigned as the chairman of Lagos state chapter of AJUMN, why did you take that decision?
I resigned because the office of the national Secretary was giving me serious problems.

I promised my loving juju musicians in Lagos state to be faithful, loyal, honest and move the association forward. But i was not given any support from the office of the national Secretary.

I did not want to be rude and at thesame time fail or to be stagnant.

So I had to resign and face my career for good. 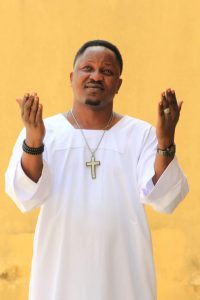 If you look at it critically, what in your opinion do you think is the problem of AJUMN and how do you think the problem can be solved?
Supremacy is the major problem i am seeing here. We are in the computer age now. We need continuity. The elders remains elders. The young ones should respect and take good care of them. The Yoruba adage says: igba nyilo a nto. And the holy bible says: Old things have passed away. Let the elders encourage New ideas because it’s going to help the association.

Where do you see AJUMN in the next ten years?
Better place and will be the best association so far if only the young ones are given the chance to operate.

Recently, you released ‎three albums at a go. How were you able to achieve that?
Thanks to God. Initially I never planned doing 3 at a go. But that happened because I dont want to miss my track, I mean my legacy. I have been doing my appreciation series for years of which I have not done in the last four years.

So my fans were becoming worried. Even the last album I dropped was 2012/2013 titled SIGNATURE. Not that i failed or got tired oh.

Then i was busy setting up my recording studio so I had to wait because I want it to be done in my own studio.

While waiting, lots of compositions was running through my head. I started recording them Immediately we finished the studio. All the tracks were so many and so I hat to put all into three titled “AMIN, GRIP and APPRECIATION”.

You are one of the most popular new generation juju artistes in Nigeria today, how have you been able to sustain your popularity?
My God never fails. He has been there for me. To maintain and sustain stardom is not easy at all but I give God the glory. Wisdom, knowledge and understanding given to me is making it work. And the help of my image and media international manager ( Dotun olanibi).

You refer to yourself as Oluko {teacher} when you sing, do you intend becoming a teacher of music or establishing a music school one day?
Apart from singing on stage, I am a musicologist, I teach music, mostly, church choristers.

I also want to further more in studying music because I want to have my own music school by God’s grace.

Your new title, MAYEGUN, tell us about it?
I received Series of calls from different musicians in Oke Ogun calling me by that name MAYEGUN. I wondered and still dont understand until when I received a letter from them seeking for my approval on the date to celebrate it in a very big way.

They wrote in the letter that my kind of music interest them and they find out that alot of musicians both juju and gospel have been using it to make good money in parties and which has turned their lives for better.

They also said i have used my status and fame to promote many artistes.

What kind of person is Segun Nabi?
A simple and easy going person. While under promoter, I still love to promote and support up and coming  artistes because I know the future is brighter. 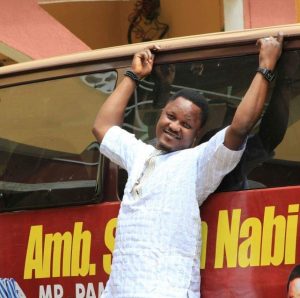