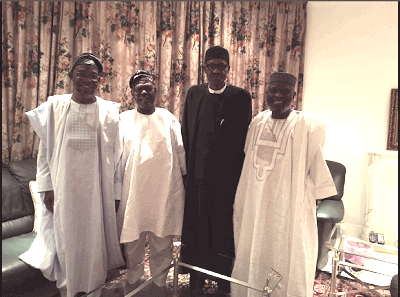 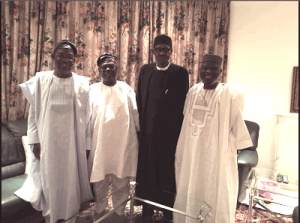 An insider told OSUN CITIZEN that this crucial meeting which the president had with these three prominent OSUN CITIZENS known to be core loyalists of Tinubu, immediately he returned from his trip to Germany, may not be unconnected with the battle for the soul of the ruling party, The All Progressive Congress (APC), in which the national chairman of the party, John Odigie Oyegun is being accused of working with some top elements in the Buhari administration to hijack the party as well as the government of Buhari.

In line with this and other issues, the national leader of the party, Senator Bola Ahmed Tinubu has called for the resignation of Oyegun while the wife of the president, Hajia Aisha Buhari who shares similar view has advised her husband to retrace his steps.