Breaking News
Home / Celebrity Profile / LANRE OMIYINKA: The Other Side Of Comedy 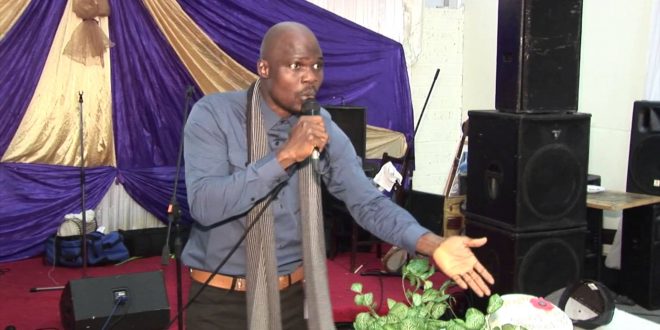 LANRE OMIYINKA: The Other Side Of Comedy 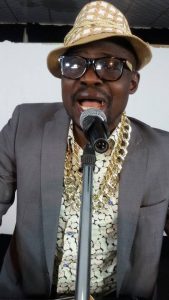 Olanrewaju Omiyinka a.k.a Baba Ijesa, got his name as a result of his ability to mimic an old unintelligent man. His emergence on the scene has gone a long way to change the face of comedy, especially in the Yoruba Movie Industry where he is a majour player.
When discussing serious matters with him, one is bound to laugh because of the way he talks, which he says is inborn and inherited .
He effortlessly interprets the role of an old man on set, but a young man in real life. Baba Ijesha is an actor, a writer, a director, a producer, a comedian, a dancer and a singer whose presence cannot be overlooked in the Movie Industry.
According to him, He joined the movie industry naturally as nobody introduced him to it. It was just a natural thing he felt. Olanrewaju could remember when he was in primary school, he started by entertaining his friends and classmates.
He inherited it from his dad. His father used to be a local champion comedian, anywhere he went, people laughed over and over. He said his dad was a joke cracker. He started in the early 80s as an actor playing funny part and after relocating to Lagos it became a professional job.
Though initially, when he started out, he never saw what he was doing as something that could enable him get three square meals on his table, one thing led to the other and here he is today travelling around the world with wide acceptance by fans and many awards to his credit.
Olanrewaju told OSUN CITIZEN that he has no regret being an actor and he takes whatever challenge that comes his way in his profession in good faith as he believes challenges come and go.
He further said that alot of people are still not aware that he is an all round entertainer who can multitask. He concluded that his other side as a comedian is a gospel preacher because if he has not pursued his career as an actor, he would have ended up in the church as a pastor.

@CitizenOsun
Previous COUNTRIES NIGERIANS CAN VISIT WITHOUT STRESS OF VISA
Next Aregbesola’s Visit To Fayose Embarrassing!